You can install the Unity Mediation package from the Unity Editor Package Manager or add it manually in your project's manifest file.

You can also add the package manually in your project’s manifest.json file (located at Packages/manifest.json) by adding this line to dependencies section:

When Unity Advertisement with Mediation is successfully installed, it displays in the list of downloaded packages when you select Packages > In Project in the Editor Package Manager.

Enable the adapters for each of your respective Ad Sources. For more information, see Configure an Ad Source.

Note: AdMob requires unique identifiers for each platform. You can locate these IDs in the AdMob dashboard. See Retrieve your AdMob credentials.

Applying your adapter settings in the Unity Editor creates a file in your project files (Assets/Editor/MediationAdapterDependencies.xml) that contains mediation dependencies based on your selection of network adapters.

When you install your selected ad network adapters from the Mediation Services window in the Unity Editor, the latest, most compatible version of the adapter SDK is automatically installed. However, there might be instances where you need to manually declare third-party adapters and the respective adapter versions that you will use in your project. For example:

In any of these cases, to manually add any third-party ad network SDK version and ensure compatibility in your project, complete the following steps:

Use the following format for the OverrideDependencies.xml file:

To facilitate the implementation of iOS 14.5 requirements (for example, showing a permission popup to request that the user be tracked, and the attribution of shown ads by using SKAdNetworkIds), we recommend that you install the iOS Support package. For more information, see Installing the iOS 14 support package.

For Android, if the Enable Auto-Resolution and Enable Resolution On Build settings are both set to OFF, you need to manually resolve dependencies. If either setting is ON, then dependencies automatically resolve. 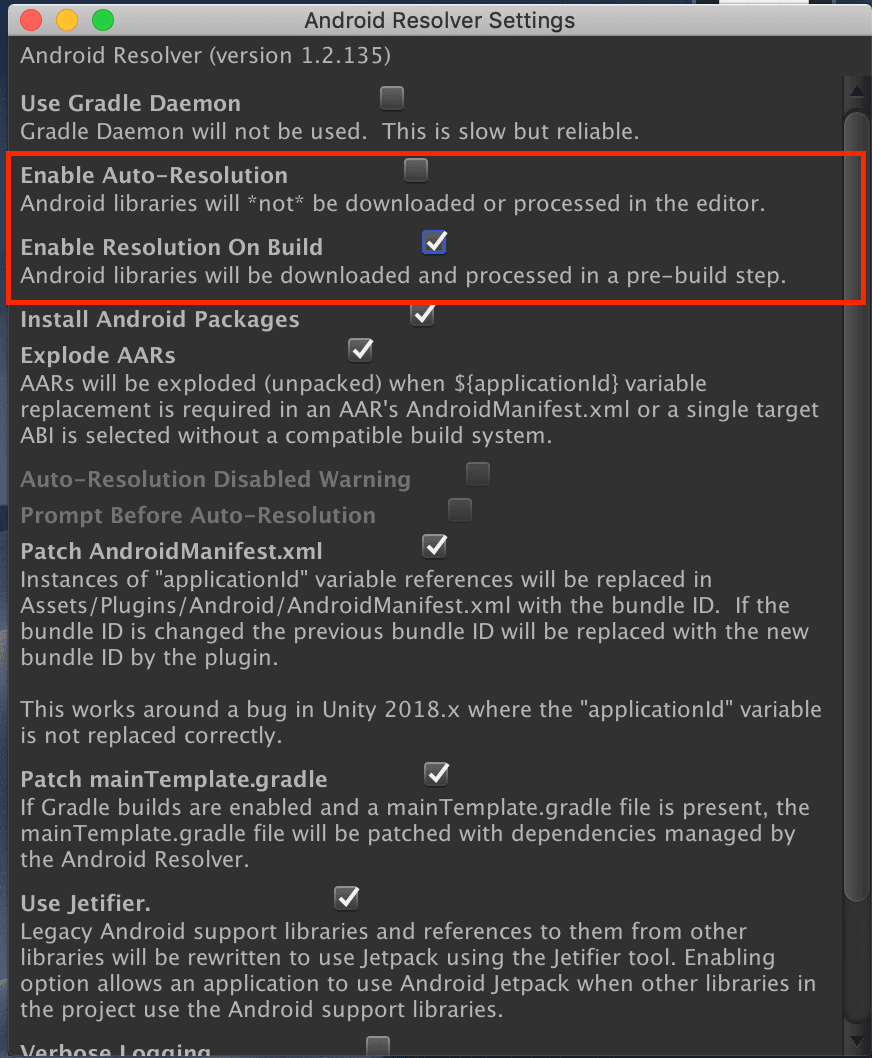 For more information, view this video on how to resolve external dependencies in your project within the Unity Editor.